I don’t know if you just arrived in Brussels or if you’ve been here for long already (but then I guess you are able to read the French article), but you may have notice that we love “Apéros”. Every week you can go to a new place and discover a different one. This summer, another trend is the rooftop bars. It seems that we’re getting crazy about them. I talked already about the Play Label Rooftop, this week-end there’s another one!

[FOLLOW UP: The new event in the Rooftop is cancelled for some obscure reasons but you can still enjoy the Play Label Rooftop and the Beursschouwburg Rooftop]

What other trend did I notice? Well it seems that it is more and more possible to party all night long, then all day long, then all night long then again all day long. Starting on a Friday to finish only on Sunday evening. I don’t know if it is humanly possible to do it (well, yes I know it is with some chemical help) but I find it fun to just be able – at any moment of the week-end – to tell your friends that you want to dance “right now” and then… here you are: dancing.

I can see myself spending a whole life listening to music, dancing, watching a good movie and sharing my ideas.

The Brussels Film Festival started yesterday in Flagey. I love the area at this time of the year: it’s all getting crazy: students finally finished their exams, the weather is more or less good, the Belga terrace is getting bigger to welcome the visitors of the Festival, the rest of the place in front of the Church is hosting (if not raining) an open air movie every night during the Film Festival…

The crazyness is getting even bigger if you know that on Thursday Bar du Marché is partying for its 5th Anniversary. But that’s just the appetizer!

On Friday, the Belga is having its 11th anniversary, which is the same day of Fête de la Musique which is, this year, a partner of the Film Festival: so expect free concerts and DJ sets in the building that night!

Add to all of that many good movies, short movies, music documentaries… And you have an idea of the super good atmosphere and why Flagey is even more the place to be this week! 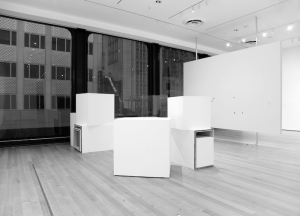 Slowly but surely we will see less and less opening and exhibition as most of the Art galleries will take some holidays… This week you can enjoy a photo exhibition at Komplot. Very special project: pictures of exhibitions… after the removal of artworks… ! 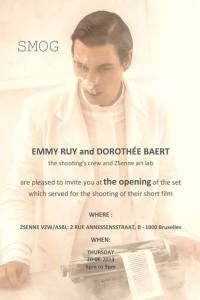 The exhibition at this gallery is only for tonight: I like the idea: two artists get together to make a short movie, at the crossroads of differents forms of art. So the short movie is now shot, but you can go and see some pictures but also the piece created for the movie! 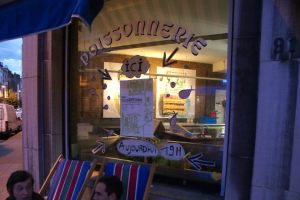 In Schaerbeek there’s a former fish shop now occupied by a community of citizen. Every thursday you can have dinner over there and enjoy an open mic scene afterwords.

Enjoy the place, away from the commercial initiatives…

Every once in a while there’s a New Wave event! This week the DNA is hosting two concerts from a British Group and a Belgian one. If you like the style and whish to get to know some new artists in the scene, that’s a good start! 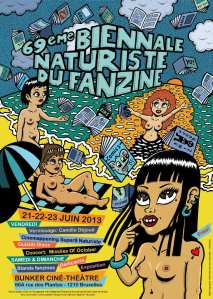 Here we go in another obscure and alternative venue of Brussels. That’s in Saint-Josse that you can find the Cafe-théatre “The Bunker”. But it’s more than that as many other initiatives are held here. For example, each year there’s a Fanzine festival. That’s really something to discover: people making (sometimes manually) Fanzine: each piece is an artwork and the open door to a graphic universe…

Where would you have your apéro this week? I can suggest you to go to the Abbaye de Forest: during the summer, every friday afternoon you can enjoy the sun with chairs and parasols, the initiative is called Plaizirs du Park. At the end of the day, there’s a concert. The first group invited is called Mâäk.

If you’re familiar with Ixelles and the street Chaussée d’Ixelles, you might have notice a house (left hand when you walk from Fernand Coq to Flagey) with the façade is a big drawing of a boat and some characters. It’s a creation by François Schuiten known for his comics books. Tonight, there’s the inauguration of it, in front of the house and then a drink at bookshop “Brüsel”, in Flagey which is natural as the name of the bookshop (specialised in Comics books) came from one of the graphic novel of Mr Schuiten.

If you want to escape the crazyness of Flagey which will be really really full on Friday, you can escape to Saint-Gilles and discover the Bouillon Kube with their event starting early for a barbecue, an exhibition and then concerts and DJ set by Funky Bompa!

Another big party on Friday will be the one from the team Opus. In only few parties (it’s the 6th edition this week), the team managed to be one of the very good concept parties in town. I’m always talking about their events, ’cause I love the concept they have in mind: they came to the conclusion that for most people “Electronic” refers to music, but the electronic culture is much more than that. So, the best is to show people about it and they invite artists to exhibit their work and make us know about this rich and multiform culture. Installation, VJ’s and many more are always part of the parties.

This edition is also linked to the Tech Event Betagroup who’s purpose is to link entrepreneurs: if you’re interrested about the Belgian Startups scene you should attend one of those events! If you want to work in the field or to invest it’s certainly the place to be. This edition will focus on music startups!

[FOLLOW UP: This event is unfortunatelly cancelled… It seems that nothing for free can happend in Rue Neuve, nor by night.]

So you want to discover another roof in Brussels? Here we go: the Inno building right in the middle of rue Neuve ! During two days you can have a drink and some fun over there with your friends!

It’s fun to read that if you come with at least four of your friends, the entry is free… (but not telling how much is it you’re less than that). Means that the event might be overcrowded which is not the kind of event I do appreciate the most… but I like the originality of the venue and I know that not everyone like the intimacy offered by some obscure, alternative, underground places… !

For the most crazy hardcore clubbers amongst you: after the traditional friday’s apero, followed by a party till the morning, here’s the Opus After party in a boat! The event will take place the whole day (till 20.00) to finish on time for you dinner/shower/whatever before the Saturday Night’s party! That’s a marathon who will only end on Sunday evening… Keep on reading!

Dubstep parties! That’s the music who makes you dance. Well I know some people hate it, but I tend to love it. Even though I can’t stay long in such a party: I’m quickly completely exhausted and as the music don’t let me stop dancing for a rest, I have to leave for my own good!

This party is at the KultuurKafe (in the Campus of the VUB) which is a traditionnal place for that kind of music.

Flash Cocotte is a party organised in Paris and sometimes they come in Brussels! They organise it at the train station “Bruxelles Congrès”: I wonder how come I only see their parties at that venue lately. The place used to be a nice venue for different people, but lately I never stumble upon a party over there and when I do it’s always Flash Cocotte… Well, you might don’t care, I got it, but lately a reader “complained” about the fact that most of the parties are always organised in the two same venues and he was a bit fed up about it. He dreams about having a party in that place… I don’t know if he’s into queer/lgbt party but if it’s the case (or your case), you should go there, it sounds crazy!

I’m so glad to see Piknik Elektronik back again this year. It was hard for them last year and we heard (and they said) that it will be over… then it’s not! For the first Sunday of the summer, they are back in their usual venue (even though they did organized piknik in other ones sometimes): the Park Duden in Forest. I love that place!

The first edition of this agenda was missing a big event – in my opinion – the street artist Invader will be present in Brussels and will introduce his documentary!

The event is organise by Alice Gallery: if you like street art, you must visit this place!

Invader is known for invading streets of a city with his “Space Invaders” mosaïcs. Each piece in the street is reported on a map that you can buy via his website! 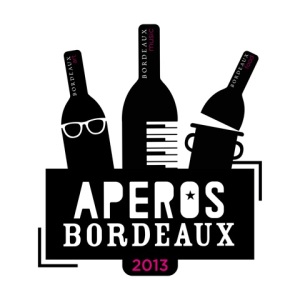 So now that you’re familiar with the Friday’s aperos.. let’s go for it on a Wednesday! That’s a few years now that the Aperos Bordeaux is offering the opportunity to taste that french wine in different venues in town.

This week, it’s will be in Saint-Gilles at the Café de la Maison du Peuple. So forget a bit about the traditional drink at Place du Châtelain and explore another area not too far from that one….

Have fun and let me know what you’re thinking about my proposals!